How PPCPS Can Affect Drinking Water 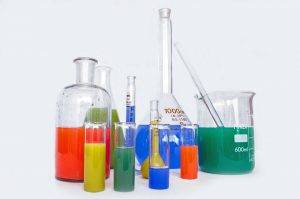 Pharmaceuticals and personal care products (PPCPs), comprise a broad group of chemicals and compounds including both veterinary and human medicines, hormones, consumer products like sunscreen, lotions, cleaning products, fragrances, and cosmetics. Studies have shown that these compounds are present in US water supplies, and some research suggests that PPCPs cause ecological harm.

However, it is likely that PPCPs have been present in water as long as humans have been using them, especially since many drugs are not entirely absorbed by the body and can be excreted and passed into wastewater and surface water.

PPCPs can also be released into the water supply when:

New Research on the Effects on PPCPs

While the Environmental Protection Agency (EPA) has long known about trace amounts of PPCPs in surface water, wastewater, and drinking water, PPCPs have generally been considered harmless due to the fact that they occur in parts per billion (ppb) and parts per trillion (ppt).

Recent research, however, has caused the EPA, research centers, and consumer watchdog groups to take a closer look at effects of PPCPs in groundwater and drinking water, even in trace amounts. Although PPCPs are currently unregulated in the United States, the EPA maintains the Contaminant Candidate List (CCL3) and Third Unregulated Contaminant Monitoring Rule (UCMR 3) to help monitor levels of PPCPs in public drinking water.

What started with a 2008 study conducted by the University of Calgary on the disappearance of male longnose dave from the Oldman and Bow Rivers in Alberta, Canada, quickly turned to the human birth ratios. According to the book Down the Drain: How We Are Failing To Protect Our Water (2013), male births in Eastern Canada have dropped 5.6 per 1,000 live births since 1970. Similar live birth ratios have been noted in the US and Japan as well.

In addition, a documentary from the Canadian Broadcasting Company noted that not only has the birthrate for males has declined steadily for 30 years in over 20 industrialized countries, but boys being born with penis abnormalities has risen 200%. Also, research has found a decline in sperm count as well as an 85% increase in DNA-damaged sperm in otherwise healthy males.
These trends may be traced back to endocrine disrupting compounds (EDCs) that have made their way into the drinking water. EDCs such as birth control pills, pesticides, and phthalates that mimic the female hormone estrogen are taking a toll, even in low but steady doses.

How to Eliminate PCPPs in Drinking Water

In the meantime, if you’re concerned about these elements in your water, first be careful of what you flush or rinse in your household. Dispose of medications properly (consider medication take-back programs or research recommended methods in your area), and do not pour chemicals or cleaners down drains.

Next, consider a reverse-osmosis water filtration system. Installing a reverse-osmosis system removes virtually all PPCPs and other contaminants, even those found in trace amounts. A University of New Mexico study found that activated carbon and advanced oxidation processes are highly effective at breaking down PPCPs, while chlorine (the most common chemical for treating water) is dramatically less effective.

While we await the results of the latest studies and the EPA continues to monitor water safety and consider new regulations, keep your mind at ease when considering your family’s health. Learn more about what’s in your water by scheduling a free water test today!